by We Were Promised Jetpacks on FatCat Records 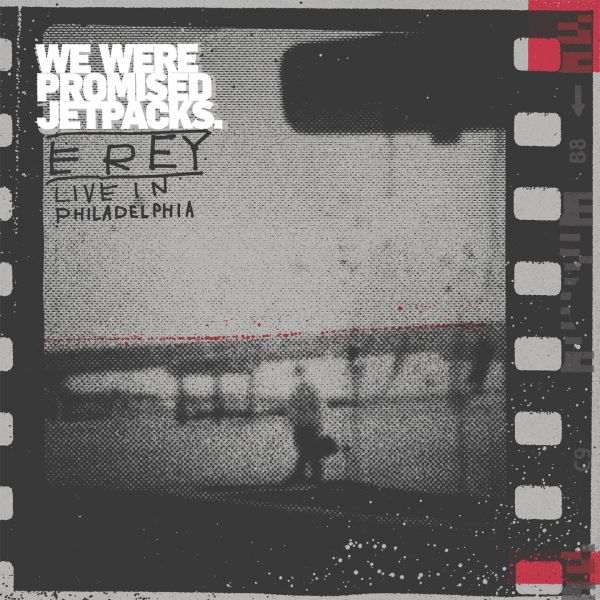 We Were Promised Jetpacks could write the book on how to be a rock band. They work
tirelessly. They are friendly, humble people. They are passionate about what they do, truly in it for the music and nothing else. They write great songs... and they put on a killer live show.

Some bands spend forever making their album sound perfect, and then fall flat when it comes time to performing live. Not WWPJ. All the explosive energy and drama of their studio albums not only comes across in concert, but is greatly intensified. A Jetpacks concert is transformative experience, a rite of passage, an exuberant unity with those around you.

Now, to kick off a year that will bring a long-awaited new studio album in the fall and multiple US tours including a stop at SXSW, FatCat are proud to present the next best thing to seeing the band in concert; E Rey (Live In Philadelphia) is a live album with an accompanying film that properly captures the spirit, the community, the power, the pure heft of a WWPJ live show.

Recorded at the final show of their 2012 US tour, at Union Transfer in Philadelphia, and mixed by the band's touring sound engineer Andrew Bush, E Rey features the first new WWPJ song in two years, ""Peace Sign"" - an early live-version taster of their upcoming studio album, which will be released in the fall. The film, downloadable separately, includes the full concert shot by a 5-camera crew, as well as tour footage and interviews shot on Super 8 by their friend Matt over weeks of being on the road with the band.

For the uninitiated, this set acts as a great introduction to a superb live band whose two albums have sold over 60k in the US. For fans, this is a new piece of the Jetpacks' puzzle, a reminder of where Jetpacks truly live: on the stage, under the lights and singing along with everyone in the audience.