by Silje Nes on Splinter Series 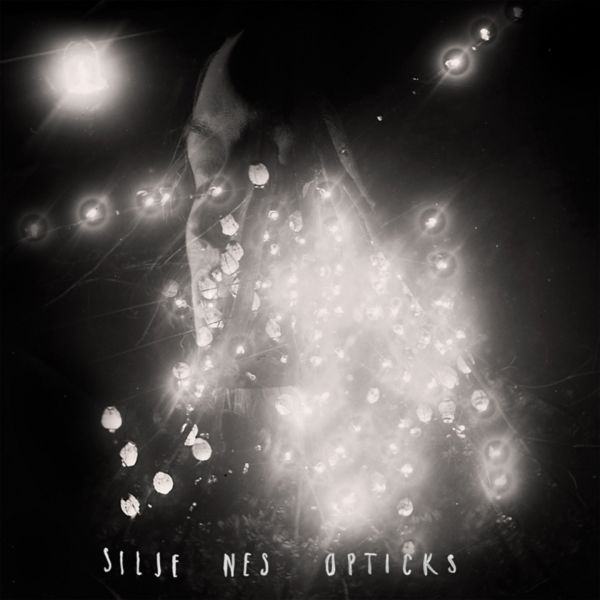 Nearly a year and a half in the making, ‘Opticks’ is a gently enchanting record that – whilst again home-recorded - dramatically upgrades Silje’s sound and sees her making considerable advances on her debut, ‘Ames Room’, which was released in January 2008 to widespread critical acclaim. Intricately constructed, warm and brimming with melodic hooks, ‘Opticks’ is a record full of wonder and unfurls a series of increasingly accessible and catchy little songs.

Norwegian multi-instrumentalist / singer / songwriter Silje Nes grew up in the tiny town of Leikanger, in Sognefjord, Norway’s largest fjord, before moving to Bergen in 2000. Having previously been in an indie pop band, played timpani in an orchestra and bass drum in a marching band, Silje began making her own music in 2001, recording on 4-track demo software through a tiny inbuilt microphone on a laptop. Guided by the excitement of discovering interesting new sounds and instruments, she made use of whatever equipment she could get hold of – guitars, an old synth, a cello, a drum kit, a laptop, as well as loop pedals to build layers of her own playing. Little by little she also found ways of including her own voice, both as texture and song, and her music has organically evolved from there.

First coming to FatCat’s attention via a unique, utterly charming demo received out of the blue in 2005, her quirky, adventurous debut album, 'Ames Room', opened out like a series of intricate constructions, the whole teeming with a playful sense of life. Followed shortly by a 4-track EP, ‘Yellow’, Silje subsequently embarked on tours of the UK / Europe / USA, but since then has remained quiet, spending her time in her new home in Berlin, constructing this beautiful follow-up.

Whilst once again mostly home-recorded, ‘Opticks’ (the title references Isaac Newton’s 1704 book about the science of optics and the refraction of light) has a far richer, fuller sound than its predecessor and is the result of a more focused approach. Starting from scratch with an end goal rather than being an collection of existing pieces with additions and reworkings (as on ‘Ames Room’), it was made with different equipment and in different surroundings. Created between autumn 2008 and winter 2009, the album was mixed with Tarwater’s Bernd Jestram. More melodic and a little less experimental, it’s a fully coherent album and its beautiful combination of sweet hooks and lush, intricate textural detail ensure that it’s a place that listeners will want to return to. Silje’s beautiful, breathy vocals are projected further forward in the mix than previously, becoming less another texture than a central focus for the whole.

Orbiting around Silje’s unique vocals, tracks are constructed from a wide range of instruments and effects - guitars, drums, viola, bass, xylophone, electronics, keyboards, concertina, flute, trumpet, percussion and “basically anything i have lying around, adding random recordings of things, video clips, effects...” Initially utilising a computer to layer sound, Silje has increasingly tried to remove herself from the machine - reworking some of the material on a 4-track cassette recorder in an attempt to simplify things, but ultimately ending back with the computer exploding the material into "even more complicated stuff than before."