by Frightened Rabbit on FatCat Records 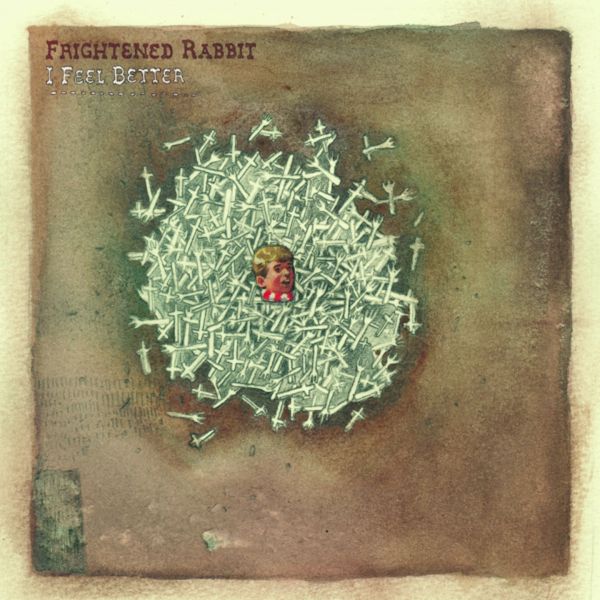 Following the autumn 2007 release of their debut album, ‘Sings The Greys’, 2008 began a great year for Scotland’s Frightened Rabbit, witnessing further touring (with rave reviews from SXSW Festival) and the release of their sophomore LP, ‘Midnight Organ Fight’. Recorded by Peter Katis (Interpol, Mercury Rev), the album has gained considerable acclaim, with a number of sources citing it already as one of the year’s best. With almost every track on the album feeling like a hit-in-waiting, from start to finish ‘Midnight Organ Fight’ is undoubtedly the catchiest, most hook-filled album FatCat have ever released - able to make insight accrued from personal experience connect on an almost anthemic, universal level.

Retaining that slightly ragged charm that attracted us in the first place, Frightened Rabbit are now vastly improved sonically and have sharpened and honed their craft into a highly efficient, hugely powerful force. With a brilliant grasp of pop songwriting / dynamics, their music is delivered with an absolute economy. Deeply addictive, these are songs / emotions distilled to an essence, that (like all the best pop) end leaving you yearning for more. As the album titles, lyrics and artwork amply attest, Frightened Rabbit’s songs appear utterly rooted in the body and the (overwhelming / confusing / inescapable) physical urges and effects deriving from love / lust and intimate human relationships – not just the nitty gritty of the physical act (though there is plenty of that), but all its associated stimuli - blood-pumping, heart-tingling, stomach-churning, nerve-wracking, head-wrecking, goose-pimpled, swooning, aching. The third single to be taken from the album, the two tracks on this double A sided 7” bear witness from opposing angles / tenses – the first training the lens on a relationship past; the second one potential.

‘I Feel Better’ is 2 minutes 45 seconds of frenetic, pumping urgency, flowering into a thick, surging musical tide. Set in the aftermath of a love lost, its determinedly self-assuring, positive assertation (“this is the last song I write about you”) unravels itself in the telling as paper-thin and plagued with doubt. Not so much an amorous yearning as a stumbling, desperate grope towards the need for human warmth and one night’s postponement of the horror of being alone (“twist and whisper the wrong name / I don’t care and nor do my ears”), ‘The Twist’ revolves around a stabbing piano motif and gradually builds before a vibrant rhythmic injection of drums and an arpeggiating almost house-y piano pushing the track into a swirling euphoric excess of melodies and fluttering texture.