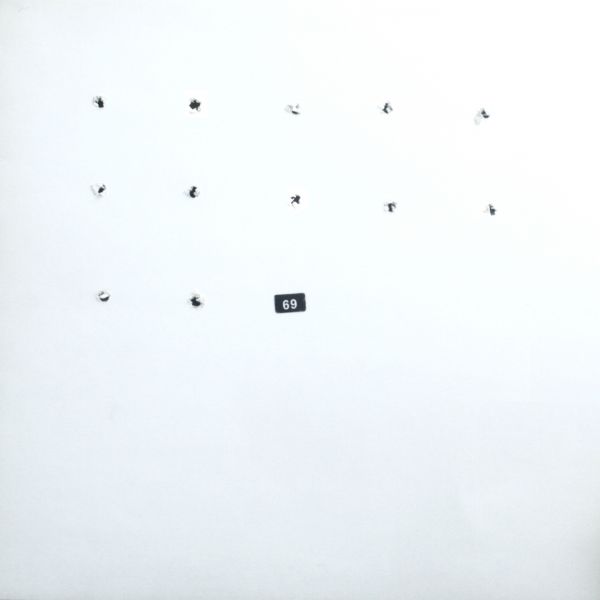 The twelfth Split 12" release, Duplo Remote v Com.A re-boots the series into a bold, beat-based realm, riddled with detailed twists and flips and opening out a forceful, bristling energy-zone. Introducing the work of two artists new to FatCat, this eight-track 12" marks out their debut release, forming another stunning, fresh-sounding release for the label.

DUPLO_REMOTE
Born in 1977, Myles Haughton (aka Duplo Remote) was brought up on a diet of ZX Spectrum games, and started writing music in 1990, latching on to the sounds of Hardcore (Altern-8, etc.), and experimenting with a home keyboard and Amiga. Later, with the inevitable influence of Richard James and a lack of patience with the stasis of ambient his music started to get faster and noisier.
Haughton uses a Novation BassStation, Supernova, Yamaha SY-85, a PC + various software. Most of the tracks were written by recording loops in Cubase, sampling them into Soundforge and then processing them with various plug-ins and external programs such as CDP and Reaktor. The sounds were then sequenced in Soundforge by following the pattern of copy, mangle, paste. Five brief tracks rip open a bustling energy zone of explosive stereo activity.

Panned wildly, and restlessly ripping itself open, tracks brilliantly recall the manic glee of hardcore, distilling its drive and reworking it through a more contemporary sonic / technological sensibility.

COM.A
Again discovered (like Duplo Remote) via demo, Age Yoshida was born in Surrey in 1976, before living in Hong Kong, New Jersey, and now in Yokohama, Japan. Originally playing an electone and guitar, Age bought a synth and samplers, and started ROM=PARI (who had releases through SubRosa) with his brother.

After quitting this project, he went solo as COM.A, starting his own label, Notekrec (later renamed Romz), in order to release his own CDRs. Using a variety of software packages (his favourites include MAX/MSP, Vision DSP, Peak, SoundEdit, SuperCollider, Metasynth, and Tokyo), Age's construction process progresses as his software and hardware (including a PowerMac, Powerbook, Akai S2000, Clavia Nordlead, Korg M1, Casio SK-1, and a turntable) are updated.

Stretched out longer than Duplo Remote’s blitz-briefs, each of these three tracks runs past 5 minutes yet manages to neatly complement / maintain its chaos and propulsive energy. Rich in detail, they open out an at-times hyperactive assault of spastic beats, stretching and collapsing sounds; stabs and blasts of machine-code, and some bold, crunchy rhythm-work; slurred time-zones and warped vocal samples.