By the Roads and the Fields

by Crescent on FatCat Records 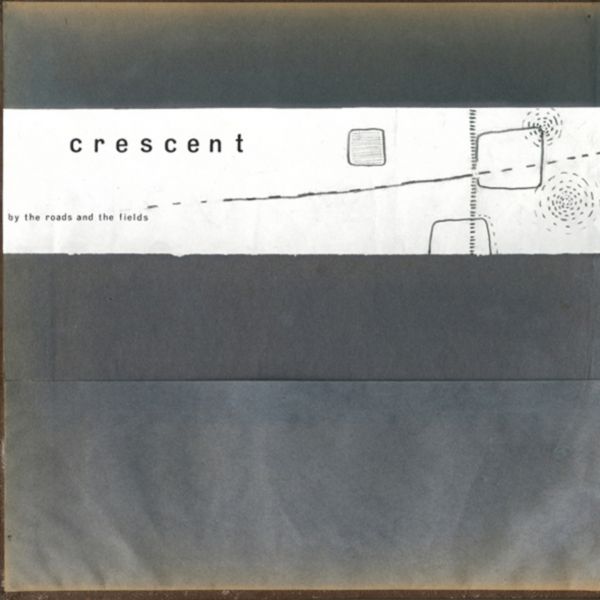 Crescent first came to light in the mid-'nineties, emerging from within the small but incredibly vibrant Bristol post-rock scene that orbited around the tiny Planet Records label and included artists such as Flying Saucer Attack, Movietone, Third Eye Foundation, Amp, and Foehn. Intensely creative whilst individually quite distinct, these artists shared both an attitude of collective independent energy and a desire to piece music together in new ways. Currently a four-piece with occasional outside contributors, Crescent includes members of both Movietone and Flying Saucer Attack.

Far from prolific, Crescent's few releases have appeared sporadically and with very little fanfare. Although they have been active for nearly 10 years, this is in fact only their fourth album. From the shambling, lo-fi rage and sprawl of their earlier recordings on Planet, to their experiments with tape loops and electronics ('Electronic Sound Constructions', released on Domino imprint, Snapshot in 1997), the band have increasingly refined their craft whilst remaining true to their own idiosyncratic takes on production and recording techniques. Released in 2000 on Bristol label Swarf Finger, 'Collected Songs' was a stunning album (one of our favourite albums of that year) yet still managed to pass almost entirely under the media radar.

On 'By The Roads...', the occasional raw, explosive violence of previous recordings is reigned in almost entirely, replaced with a collection of songs that unfurl slowly and recall points from John Fahey to The Velvet Underground, Galaxie 500 to Hood, Joy Division, Pram, Moonshake and, of course, Movietone. Whilst some of the lyrical content suggests an almost Mediterranean warmth and detail, there remains something utterly English and very pastoral about the album.

Notes, tones and beats weave and roll across one another as throughout, the album displays a rich depth and loving attention to detail - small, scattered percussive barbs and trails of tape delay; chaotic drunken piano stabs; sprawling saxophone coils poking through the gaps and frayed edges of the song. Tactile and grounded in decay, with many songs framed by a rich fuzz of tape noise, this is a warm, human, fragile record, an honest music that openly admits environmental noise, human errors and idiosyncrasies; that prefers a flawed live take delivered with feeling to the laboured-over surgically-precise construction of many modern recording practices. Matt Jones's lyrical themes are similarly tactile, opening out a collection of sense-impressions and streams of thought - light, colours, sounds, the ability to live with decay and imperfection, to find interest and beauty not just in natural phenomena like the flowering countryside or a precise quality of daylight, but also in the built environment, in the worn, grey textures and surfaces of the everyday. Wandering the fields and the streets like a flaneur, life is observed with a situationist / existentialist eye, as Jones' monotone catalogues a seemingly random slew of objects: flotsam / river debris or things left discarded on the street; remnants of wallpaper on a building where a house once stood; bright streets before anyone is awake...

'By The Roads...' was recorded onto 8 track tape with no budget in a variety of locations, including an artist-run cinema and their own bedrooms. The instrumentation employed stretches from a self-built double bass and prepared piano to clarinet, saxophones, drums, guitar, assorted percussion, melodica, organ, copycat tape delays, metal bowls, and to the overlapping drones of bowed wine glasses that close the album.